I was a year into my career.

I loved the fast-paced environment. The changing tasks. The close-knit team. The innovative entrepreneurs I met on a regular basis.

Sure, I didn’t love editing. Sure, there were a lot of late nights… OK, nearly all of them. Sure, I constantly felt like I was juggling a sword, baby, and a bowling ball while balancing on a pogo stick over stones that were 8 yards apart surrounded by spiders. But this was normal, right?

I mean, I had started my career. I was in a high-stress, high-productivity, deadline-driven field. You get through this and you’ve made it.

It was all normal, though, until I realized it wasn’t.

What I learned from that experience has helped shape how I manage(and hopefully lead) a team focused on positive mental health.

Recognizing the levy is going to break 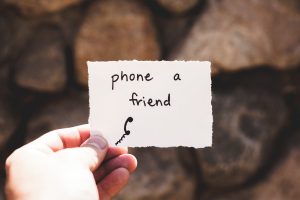 I constantly felt stressed, but I’ve always said — and still believe — I thrive on chaos and being busy. The catch was, my work started to falter. My tensions were high. And I wasn’t aware enough to sort it out on my own.

I was managing client accounts and performing a few more roles in the company than I had set out as my passion and strongest skills. I had a few clients that were a bit more trying than the others. I had a team member who was struggling to keep up with her work and I was trying desperately to help so I could keep the account on track.

Following a weekly client meeting that the client, who had known my boss for a long time, asked if she could stay on and chat. This wasn’t an odd occurrence. What was strange, in hindsight, was the VP of our small company then asked me for a link to a doc we had already passed to that client. It became more concerning when my boss sent me a message asking how I was doing.

I gave her the same old, same old. High stress, constantly working, etc. I wasn’t afraid to be honest with her here. But I wasn’t yet being fully honest with myself. Then she shared that the piece of content I had edited had quite a few errors that weren’t normal for me to miss. I was horrified.

She wasn’t upset with me. Nor was the client. She was concerned. It very quickly became clear to her from our exchange how burnt out I was. The late nights, the potential of missed deadlines by my teammate (that I thought reflected poorly on me since it was my account to lead), the tasks I was doing that weren’t my strongest in a high-press situation (at that point in my career), they were breaking me.

She suggested I take a personal day or two. Just relax. Don’t work. The next conversation though was when it really hit me — I exclaimed to her I couldn’t take the personal days because if I wasn’t there, it’d be even more work to catch up once I came back.

And there it was. The honesty of the pressure I felt. The pressure that really existed that was ready to break me. And at that moment, she stopped the cycle. She developed a better situation for everyone to thrive.

The signs of burnout to watch for

After I got to that point, it became a self-assigned mission to keep a close eye on those around me. The next  6+ years I worked closely with my team to ensure they had a life outside of work. They knew they could talk to me if they felt the sword, baby, bowling ball balancing act starting.

Here are the signs of impacts on mental health I began watching for:

When a teammate is clocking in early and staying late, typically it means their tasks are taking longer than normal. While sometimes a deadline needs to be met, when it’s happening for more than a few days, it is something to take notice of.

I started checking in on what was still on a task list for the day. That simple question often opened the door for them to share with me the snowball that was forming. At first, I was met with an ‘Oh, no I did something wrong!’ reaction.

By quickly responding with, ‘Let’s see what we can move to help get you out of here at a reasonable time,’ there was a shift to a sigh of relief and an opening up of, ‘I don’t know why it’s taking me so long to do X.’ To which we could start a dialogue to figure out a solution.

A day or two of lateness is something to just take note of for me. But when it continues on, I check-in. The conversation is often similar to the one above. And it’s one that I don’t have via email very often. Sometimes, I’ll start it via an email so they know I want to form a plan to catch up and solve the missed deadlines together. But it’s always a real-life conversation where we brainstorm, vent, cry if we need to, and then form a plan to escape the burnout.

This can seem like a good thing because they’re really just trying to put their nose down and get things done, but more often than not, I noticed when they lose the socialness with their peers, they’re losing a mini-escape to connect and be human.

So often we talk about cultural fit — if your team is buried under their work because they are feeling burnt out, they really need to connect to their peers and feel they’re not in this alone. As an employee, this is often hard to see. But as a manager, it’s important to foster. 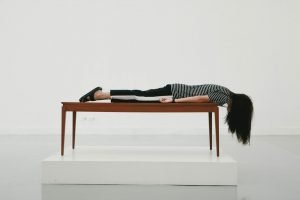 One way I previously would look to ensure this was a possibility was simply to overschedule tasks — in their favor. If I knew one of my writers normally could draft a full article in just under an hour, I’d schedule it for an hour and a half. This 30 min. buffer was a good extra allotment where if they hit a snag, they were OK. But it also gave them that 30 mins of their day that could just be free to ‘hang out at the water cooler.’

We also scheduled 30 mins into everyone’s day that we called ‘Fitness 15.’ These were company-wide 15 min breaks twice a day where everyone would peer pressure each other into yoga, Richard Simmons’ videos, treadmill workouts, walking outside, new balance board, jump ropes, etc.

We were an entirely virtual company (just as RSM is). The issue we found was while we all wanted to take breaks, if I was still working during X time, then Crystal would feel like she couldn’t stop what she was doing to go workout.

We struggled to take that mental health break alone. So we did it together. Peer pressure really at it’s finest. If everyone is forced to take a break at the same time, we’re all dreading and sharing our workouts — heck, sometimes I did yoga that was simply child’s pose for 15 mins… and that was applauded! — we were in this ‘kill the stress’ thing together.

They knew I desperately wanted them all to have social lives, spend time with family, have hobbies — not work all the time. But being virtual, we use Google Docs and apps and cloud-based tools. All of which have time stamps and updates for when things changed — and I started seeing writers in the docs late at night.

Perhaps they didn’t want to disappoint me because they knew I tried to get them out of there at a reasonable time… But by “my” constantly working, I was creating a culture that — as much as I tried to make them take personal time — I fostered them working ‘off the clock’ and just trying to be sneaky about it.

This turned into more honest conversations and a lot more of an open and transparent approach to discussing working outside of normal hours. It eventually turned into giving them more control to work when they wanted/needed instead of forcing them into the schedule I thought would give them their life back. 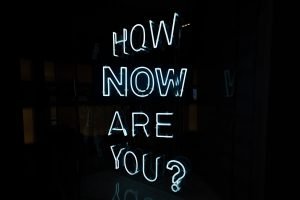 Ultimately, you have to know your team. If you do, it’s far easier to trust your gut. If you have an inkling something is off with someone and they need a break, you have to talk to them. You’d be surprised how sometimes, that conversation alone can set things back on the right track. It is far easier to recover from a member of your team taking a break than getting to the point of a breakdown.

And, the truth is, if you aren’t taking care of your mental health, it’s going to be difficult to help your team take care of theirs. At RSM, we structure our days a bit differently than most of the tips above — I have an experienced team that is constantly figuring out when to work to be at peak performance and that fits their chaotic lifestyles.

I’ll be honest, I planned to write this post back in May during Mental Health Awareness Month. And it’s coming here in August because I already learned these lessons the hard way — I looked at how stressed and busy I was and knew adding on another task would add to the burn out I was staring off towards. So, I put it on hold. I took care of me and in turn, was better for my team.

Marikaye DeTemple is the owner and managing director of RSM. She loves words, the color red, and Maxapen Mister Talbuddy.

View all posts by Marikaye DeTemple →