The year is 1997. You’re working as a communications specialist for an innovative HR technology company. Back then, resume scanning systems, telephone-based employee benefits programs, and onboarding via laserdisc systems were the height of innovation.

There’s not yet a designated media relations position within your company, so you also serve as the media spokesperson. In other words, you’re the primary face and voice of your organization.

As your company prepares to roll out a new product feature, you’re tasked with sharing this news with the media. At the time, that meant typing up your press release and — wait for it — physically mailing copies to various publications.

From there, you wait. There’s no following up with reporters via email, no media kits to supplement your press release, no way to tell if your release was even received by the publication. Instead, you have to sit by the phone and keep an eye on the publications you reached out to in the hopes someone deemed it newsworthy enough for a story.

Fast forward to today: the golden age for media relations.

What used to rely on a single spokesperson and physical press releases has since evolved into a category of public relations deserving of its own job title and functions. 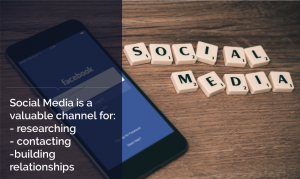 Press releases are widely distributed in a matter of seconds via press release distribution sites. The number of media outlets exploded resulting in greater opportunities for media coverage. And relationships with reporters and journalists have become stronger than ever, thanks to technology.

But none of these things have had as great an impact on media relations in recent years than social media. While still relatively new to the world of public relations, social media has quickly become one of the most valuable channels for researching, contacting, and building relationships with reporters, journalists, and editors.

So, here’s what you need to know to successfully use social media in your media relations strategy:

Consider this: When Pew Research center began tracking social media adoption in 2005, a mere 5 percent of American adults used at least one social media platform. Today, that number has reached an impressive 69 percent, according to Pew Research Center’s latest analysis.

But with so many people on social media, how do you determine who to best target with your media relations efforts?

It can be tempting to reach out to every editor, assistant editor, writer, and freelance writer for a publication. However, this tactic can backfire, as it goes against one of the No. 1 aspects of a successful media relations strategy: personalization.

Just as reporters can see through an email pitch that simply replaces the name in the greeting, they can also see through a generic social media pitch that was widely distributed and has nothing to do with their beat.

Instead, look for the best possible contact before reaching out on social media. On Twitter, for instance, editors and reporters often highlight their beat in their bio. If this isn’t the case, simply take a look at what that person has covered recently, what they’re sharing on social media — anything and everything that will help you determine who your pitch will have the most success with. 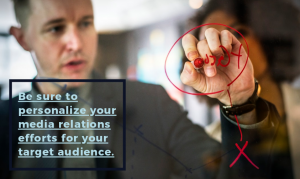 Bonus Tip: Sending a pitch via a direct message on Twitter, LinkedIn, or other social platform should never be your first point of contact.

Once you’ve identified the best fit for a particular pitch, client, campaign, etc., start by following and interacting with them on Twitter. This particular social platform is a great place to start building a relationship, as it’s less professional than LinkedIn and less personal than Facebook.

Twitter is a great starting point for building mutually-beneficial relationships with the media. It can be used to find reporters, research and stay up-to-date on what those reporters cover and, ultimately, send relevant, personalized pitches via a direct message.

The key to successful media relations via Twitter is to establish a solid Twitter presence beforehand, as 59 percent of journalists use Twitter for work-related research, according to Business Wire’s 2016 Media Blueprint.

Additionally, before you ever begin pitching a reporter on Twitter, make sure you’ve interacted with them in other ways, whether through commenting on or favoriting a tweet, retweeting, etc.

LinkedIn is touted as a social professional networking site, making it another great platform to connect with reporters you’ve previously had contact with. While not as ideal as Twitter for pitching the media, it can serve as great tool for interacting with media professionals.

While Facebook is often reserved for more personal relationships, it shouldn’t be overlooked in your media relations strategy. Especially not when you consider the fact that it remains the most popular social media platform, with 79 percent of online Americans using Facebook, according to a recent survey by Pew Research Center.

Like LinkedIn, joining relevant Facebook groups is a great way to interact with and find new media contacts. In addition, Facebook can be used to identify social influencers. 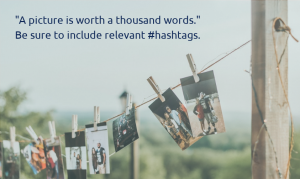 This popular photo-sharing platform takes the cake when looking to identify, attract, and reach out to social influencers. After all, a picture is worth a thousand words. And in this case, it can bring influencers to you.

Simply posting a great photo with relevant hashtags can attract a number of potential influencers. Likewise, searching for the right hashtags can reveal influencers who might be willing to work with you in promoting your business or brand.

Bonus Tip: With all of these social platforms, the key to success is first establishing and maintaining an active presence. In fact, the Business Wire study found that 45 percent of journalists care about an organization’s social reach.

It’s simple: the more you post quality content, the more followers you’ll attract, and the more likely media professionals will respond to your efforts.

Bonus Tip: While these days and times are good to keep in mind for posting media-related materials on social media, the Business Wire study found that Tuesday mornings is the overall best time to pitch the media, followed by Monday mornings. The closer you get to the end of the day or the end of the week, the less likely your social media pitches will succeed. 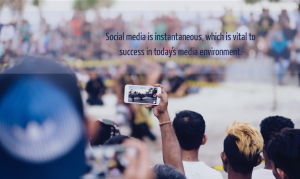 Last, but certainly not least, should you even bother to incorporate social media into your media relations strategy? Absolutely.

And it’s no wonder why — social media is instantaneous, which is vital to success in today’s media environment where headline news lasts all of one hour. Most importantly, it provides a level of communication and trust that are unachievable by email alone.

It forces media relations specialists to be quick and concise, which is what reporters and journalists look for to begin with. And it instills a sense of trust based on your social profiles, what other people are saying about you on social media, and how many followers you have. In short, a short social media pitch can often be a lot more telling than a lengthy email.

Amanda Yello is a freelance editor based in Orlando, Florida, where she spends her days doing what she enjoys most (apart from being a mother to her newborn babe and fur baby): reading, creating, and sharing great content.

View all posts by Amanda Yello →